The truth behind the ‘Leaving Islam’ campaign in Detroit 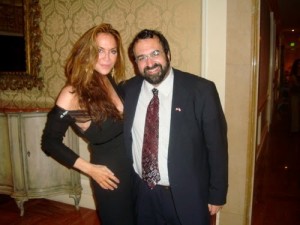 Islamophobe Pamela Geller and her minions state that they are suing SMART Bus company in Michigan because SMART refuses to allow the “Leaving Islam’ anti-Muslim ads on their buses.

Geller is attempting to veil her hatred of Islam and Muslims by stating that she is simply trying to assist American Muslims, who wish to leave Islam that are too scared to due to threat of potential physical harm.  Geller further states that the buses should allow this campaign under the guise of the 1st Amendment, Freedom of Speech.

First, we need to examine the motives of Geller and her crew.

Geller is a flaming anti-Muslim bigot, which is not an exaggeration by any means.

Loonwatch yesterday posed some rhetorical questions about Geller to highlight this point:

Should a woman who believes and regularly states that Obama is an anti-Semitic, Jihadist Mohammadan who is aiding the Iranian regime get a pass? Does someone who calls for the Golden Dome Mosque (Masjid as-Sakhra) to be destroyed and replaced by a Jewish temple get a pass? Should a historical revisionist who says Hitler adopted Jihad and was inspired by Islam to commit the Holocaust get a pass? Should someone who states that Israel should nuke Mecca and Medina be given a pass?

Geller has called Islam a “religion of barbarism,” and has insulted mainstream Muslims by saying Muhammad “Piss Be Upon Him” instead of the customary “Peace Be Upon Him.” Geller has also advanced the extreme right wing Obama is an undercover Muslim conspiracy theory and has referred to him as a “Muhammadan.”  She even invoked vulgar slurs against our president calling him a “ball sucker” (ball meaning testicle).

David Yerushalmi, Geller’s comrade in hate, who is an attorney related to the lawsuit against SMART is perhaps more vocal in his anti-Muslim bigotry.

Yerushalmi, who has been described by Jewish American Richard Silverstein as a “devout Jewish fascist” has advocated in the past that “adherence to Islam” in America be punishable by sentencing of 20 years in prison!

Yerushalmi has also stated that Black people are predisposed to violence, a position also taken by the Klu Klux Klan and the Aryan Nation.

The Thomas More Law Center, which is also assisting Geller in her lawsuit are known to be extremists as well.  Within the past year, they filed a lawsuit against AIG for using tax dollars to promote Islamic law, which helps fund terrorist organizations because AIG offers a financial package to Muslims that is free from investing in corporations that make profits from alcohol, gambling and pornography.

With this in mind, Geller and her ilk are not benevolent Americans, who are concerned about Muslims having the freedom to convert to another religion.  They are for the elimination of Muslims practicing Islam in America in general.

Although people who change religions may be alienated by some of their family members and friends (as happens in many cases when people revert to Islam from other faiths in America), there is no empirical data that supports people who leave Islam in America do so at the threat of suffering bodily injury or lose of life.

In summation, Geller, Yerushalmi and Thomas More Law Center’s strategy is based on anti-Muslim bigotry, not in defending the 1st Amendment, which includes freedom to practice Islam in America.  Let’s not fool ourselves.

Detroit — An ad aimed at Muslims who want to leave Islam that was rejected for display by a regional bus system has prompted a lawsuit alleging violation of constitutional rights.

“Americans have a right to know the truth — Islam is a religion of intolerance and violence,” said Richard Thompson, president and chief counsel of the Thomas More Law Center, the Ann Arbor public interest law firm that filed the lawsuit with the Law Offices of David Yerushalmi P.C. Thursday in U.S. District Court in Detroit.

“Christians, Jews and other non-Muslim minorities are persecuted in every country where Islam dominates,” Thompson said in a news release.

The suit was filed on behalf of the Freedom Defense Initiative, which sponsored the ad and had sought to display it on Suburban Mobility Authority for Regional Transportation buses.

The Freedom Defense Initiative’s website says its objective is “to go on the offensive when legal, academic, legislative, cultural, sociological and political actions are taken to dismantle our basic freedoms and values.”

According to the lawsuit, SMART this week refused to display the group’s bus ad, which read: “Fatwa on your head? Is your family or community threatening you? Leaving Islam? Got questions? Get Answers!”

Attorneys also said SMART previously displayed an ad from the Detroit Area Coalition of Reason, an atheist group, which read: “Don’t Believe in God? You are not alone.”

“In Detroit, government officials grant atheists the right to express a view that God does not exist, not worrying about offending Christians,” said Robert Muise, senior trial counsel with the Thomas More Law Center. “Yet, these same politically correct officials censor speech that might offend Muslims. Such blatant discrimination is offensive, and it violates our Constitution.”

Elizabeth Dryden, a SMART spokeswoman, said it would be “inappropriate to comment” on the case until company officials speak with the bus agency’s attorney.

Some local supporters of Islam say they support the group’s right to free speech, but believe the ad could be seem as spreading intolerance.

“It’s a purely anti-Muslim hate issue,” said Dawud Walid, executive director of the Council on American-Islamic Relations’ Michigan chapter. “The SMART bus company, or any bus company, should not be used to marginalize a minority group.”